I had an interesting experience when I found that there are at least two versions of the single volume Function Code Manual. What looks like the newer one is, in fact, older.

You might think that 1.1 is "better" than the generic one, but you would be wrong. Imagine my surprise when I found an entire new function code! FC 248 Turbine I/O Device Definition is only documented in the August 2016 version. DBDOC supports it now.

If you need documentation of the specialized Turbine I/O Device, you need the new 2016 version, or a version better than the 1.1 one from 2015.

The August 2016 version refers to SCI200 as the equivalent of CI800. Presumably, this is an official change in the designation of that module.

Here are the differences in function code 226 tables. 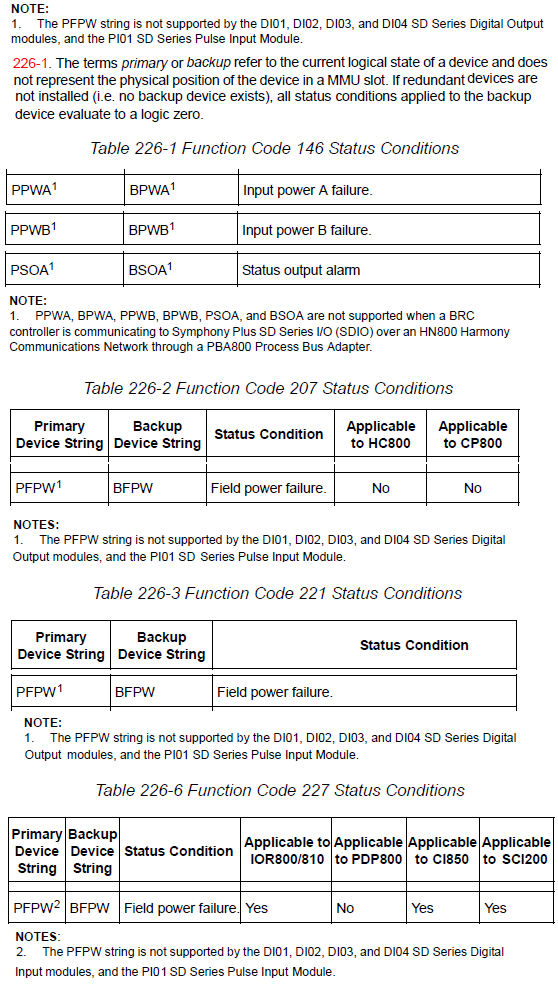 In the documentation for FC 227, there is a minor terminology improvement, from

Under S4 in Specifications, in the 2016 version, we find this additional information on the defaults defined by the baud rate.

The point of this presentation is that you should keep on top of the new function code manuals if you have new modules, or are designing for them.