This is a summary analysis of the important errors introduced into a system over four years. DBDOC makes this sort of analysis trivial if you have backups of systems before and after work is done. Here are questions you should ask.
Error Browser Presentation

The builds of 2010 and 2014 versions of the Composer project show 49 significant errors that were left in the system after the work was commissioned. DBDOC shows "new" errors highlighted and allows you to focus on them. Old ones are important, too, but good work should not introduce new ones. After all, Composer is two decades old now and ought to be counted on to protect the users.

Some Function Blocks are Defaulted as Disabled

This error message shows that one lag function was not enabled when it was added. The effect would show up as inexplicable unintended excursions that are supposed to be smoothed out. Clearly, the default should be to be enabled, not disabled. 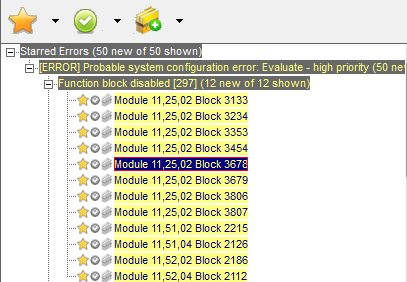 Looking at two of these messages (for Blocks 3678 and 3679), it is absolutely clear that the plant is not protected by rate limiter blocks (FC8) that were inserted to limit the rate of change. The red warning triangle shows the one we clicked on above. The yellow triangle (called an error marker) would also be visible, and you would see when you got to the logic in your analysis or troubleshooting. 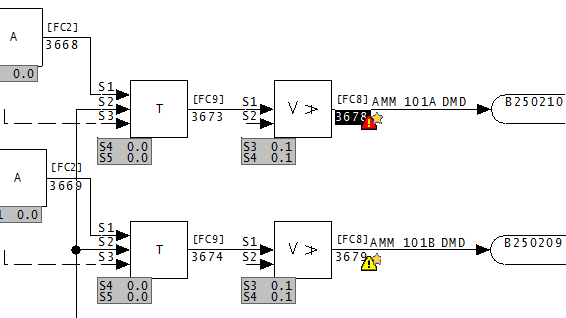 TSTQ Tests Block With No Quality

The work being analyzed has thirty-seven errors where a block is being tested for quality when it does not have quality to test. None of that logic does what it is intended to do. 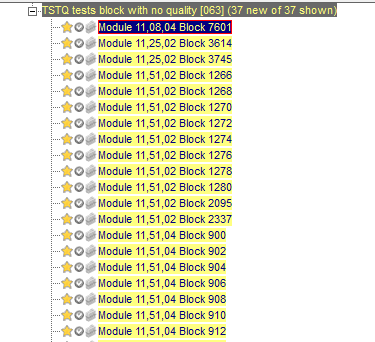 First, the simple error is clear. Testing quality on an output if a FC 80 M/A MFC/P block simply makes no sense. It does not work. The green arrow shows the erroneous test being carries out. 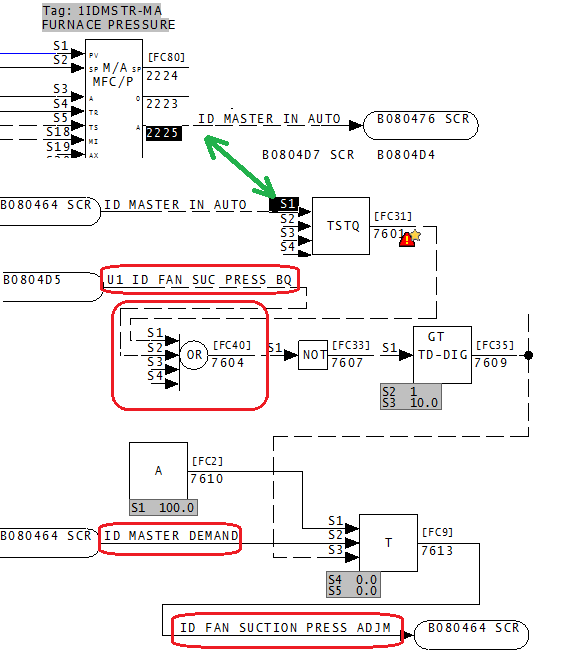 However, as is often the case, finding bad work makes you look at the intent of the logic. What was intended here?

It appears that either U1 ID FAN SUC PRESS BQ or ID MASTER IN AUTO is supposed to replace ID MASTER DEMAND with 100.0. That will not happen!

There are forty-nine potentially significant errors documented here, with many more less severe not documented. They should not have been made, and they should have been caught.